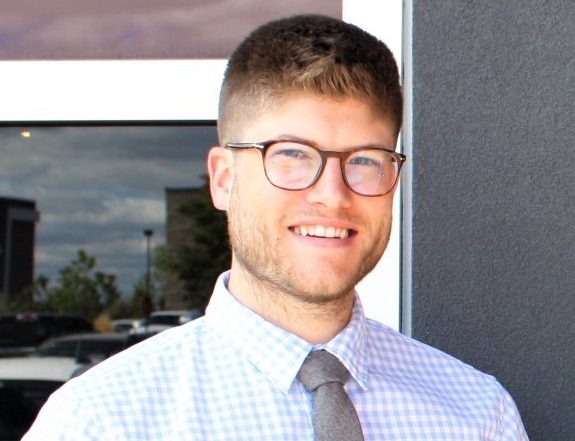 Dr. Cain Cottreau was born and raised in Yarmouth, Nova Scotia, received his Bachelor of Science from Acadia University and graduated from the University of Waterloo School of Optometry in 2016. Along with being a member of the University of Waterloo’s Dean’s Honour List, in his graduating year Dr. Cottreau also received the A. W. Cole Award for Clinical Excellence. This is awarded to the graduating student with the highest level of clinical proficiency. During his time in school, Dr. Cottreau completed internships in Ontario, Nova Scotia and Atlanta, Georgia which gave him a thorough understanding of clinical optometric skills and the treatment and management of various eye disorders including cataracts, glaucoma and macular degeneration.

Since graduating, Dr. Cottreau has developed an interest in vision therapy for the treatment of concussions and traumatic brain injuries, as well as different methods of myopia control. He has spent time providing comprehensive eye exams in rural areas of Nova Scotia as well as several clinics in Toronto, Ontario.

Dr. Cottreau is a member of the College of Optometrists of Ontario and the Ontario Association of Optometrists. Outside of the clinic, he enjoys playing golf, running, and hiking in the area. Since he is originally from Nova Scotia, he spends his free time exploring Ontario. Dr. Cottreau is excited to be a part of the team and is accepting both new and returning patients starting in September 2017.